B. A. II Optional English- Introduction to Language (Question Bank)

- December 02, 2020
B. A. II Opt. English (British Literature) Notes Dear students, please visit the following link to get original text and notes on all the topics prescribed for B. A. II Sem. III    https://drive.google.com/file/d/1YmCPX1bDG70AXHPj0ksYwdvUw_iR-RIz/view?usp=sharing
Post a Comment
Read more

To His Coy Mistress by Andrew Marvell (B. A. II Opt English)

- November 27, 2020
To His Coy Mistress  by Andrew Marvell Had we but world enough and time, This coyness, lady, were no crime. We would sit down, and think which way To walk, and pass our long love’s day. Thou by the Indian Ganges’ side Shouldst rubies find; I by the tide Of Humber would complain. I would Love you ten years before the flood, And you should, if you please, refuse Till the conversion of the Jews. My vegetable love should grow Vaster than empires and more slow; An hundred years should go to praise Thine eyes, and on thy forehead gaze; Two hundred to adore each breast, But thirty thousand to the rest; An age at least to every part, And the last age should show your heart. For, lady, you deserve this state, Nor would I love at lower rate.        But at my back I always hear Time’s wingèd chariot hurrying near; And yonder all before us lie Deserts of vast eternity. Thy beauty shall no more be found; Nor, in thy marble vault, shall sound My
Post a Comment
Read more

The Soldier by Rupert Brooke (B. A. II) 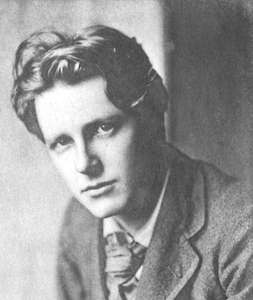 Features of Comedy of Manners- Notes (B. A. II)

- October 06, 2020
Features of Comedy of Manners  Introduction This genre refers to English Comedies written and performed in the Restoration Period from 1660 A.D. to 1710 A.D. It is also called as Restoration Comedy. It is an entertainment form which satirizes the manners and affections of social class or of multiple classes. A manner is a method in which everyday duties are performed. As compared to the tragedy of the Restoration Age, this genre achieved greater distinction and shame. It was the most characteristic product of Restoration Literature & reflects the spirit of the age more comprehensively than its prose and poetry. Dryden was the first to write Comedy of Manners with his Wild Gallant, which was a failure. He wrote several other Comedies of Manners also which were more successful. Features of Comedy of Manners 1. It depends upon the dramatists’ capacity to present the unemotional treatment of sex. 2. It is rich with wit and satire and gives the image of the time. 3. The her
Post a Comment
Read more
More posts